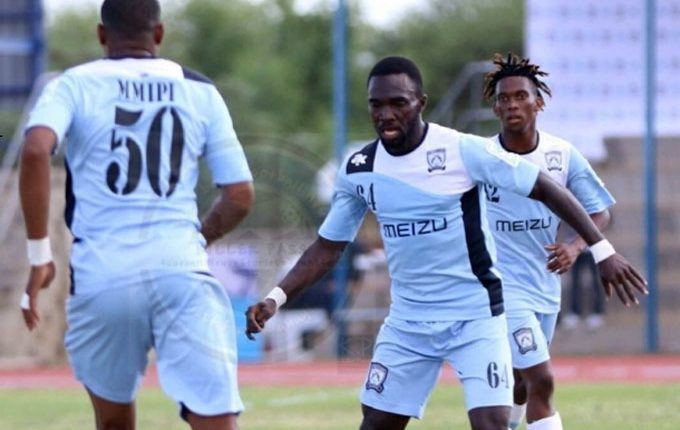 Extension Gunners will join relegated sides Gilport Lions and Flamengo Santos and will for the first time ply their trade in the National First Division League beginning next season. Television pundit and former Township Rollers and Zebras star Mmoni States Segopolo made this prediction this Thursday after the Ascension Day matches involving Miscellaneous and Rollers, as well as Jwaneng Galaxy and Security Systems.

Gunners are among five teams – Police XI, Security Systems, Tafic, Sankoyo Bushbucks – that can relegate and Segopolo is convinced others with them in the relegation zone will survive as Mapantsola will lose their two remaining matches. The Peleng giants who take on fellow relegation-threatened Tafic in Lobatse on Saturday are in their worst spell at the moment with players embroiled in a payment dispute with the management that is said to have failed to pay them their salaries. Six of the players have since been suspended in a matter that has now forced the Football Players Union to step in. Segopolo is an executive member of the footballers’ union and seems angered by what is happening at Gunners.

He says he is certain that given the current atmosphere at the club along with their poor performance on the pitch, there is no way they are escaping the relegation axe this time. Gunners remains the only big Premiership side never to relegate, but Segopolo says their time is now. “Nowhere does it say relegation is meant for certain clubs, it’s for everone. Everyone has relegated before, including Centre Chiefs, Township Rollers and Gaborone United.

Gunners have always been threatened by relegation but always managed to escape. The way things are at the moment, I don’t see them escape the axe,” he said on national television on the backdrop of the Rollers-Miscellaneous match where Rollers won 3-1 to remain top of the log. Gunners are 10th on the log with 34 points and they need two points from their last two matches to survive.