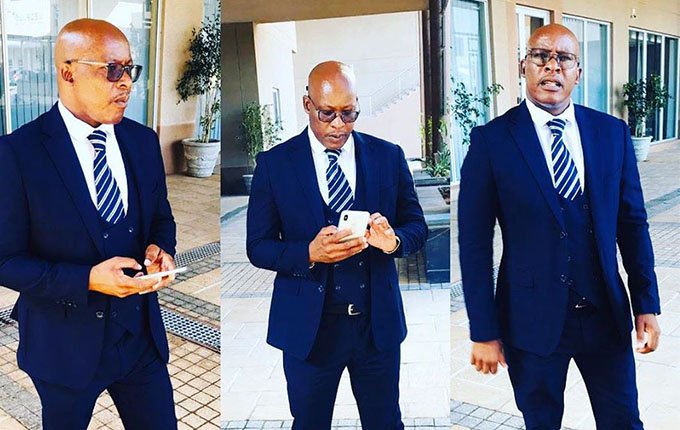 When the time comes for me  to pen down my memoirs, I will dedicate a chapter or two to my experience with boloi, tshele, lehuha, tontokwane le maaka a Motswana.

A few years ago, I went to check on one of my side projects in the greater Gaborone area. Someone I have known and got used to in the line of my work, asked to go with me. I obliged. He is a former CID officer and my tribesmen. When we got there, we toured the facility which was 90% done. I had toiled for this facility without a loan for close to 5 years. I never had a holiday because every single Thebe was spent there. I took risks including skipping my mortgage installment and my children school fees just to ensure that this facility is completed.

The only person I call my genuine friend, Oral Kealeboga Mosedame, supported me through thick and thin, through all the storms I went through. He is the only person who can talk about me other than my main man Basimane Bogopa, the rest hai! There will be a chapter dedicated to this mighty good man, Mr Mosedame and his beautiful wife. Everyone in my family know him as my comrade. In fact, when my family say comrade, they mean him.

Back to the facility issue, when we were done and headed to the car, I could tell that the man I was with is seemingly troubled. His mind wondered and loudly said, “how did you manage to construct this thing? You must be living beyond your means.” That statement rubbed me the wrong way but I exercised great restraint and did not tell him off.

The other incident that I will write about occurred 3 years ago. We moved our law practice from a residential place in Extension 4 in Gaborone to the iTowers in the New CBD. It was an unprecedented upgrade. A huge debate ensued between myself and my partner when we wanted to make a decision. One of the issues was: ‘Eish! Batho ba tsile go re leba jang? What about the gossipers of this profession? We ultimately reached consensus and said to ourselves, “F$&@k whatever people think, re ka tswa re se bana ba bo semangmang, but we are taking the bull by the horns. Go ka ya ko go yang teng. Tsek. Ya bo re tsenya pelo ya tau and resolved to move to the CBD. The rent was close to 10 times the rent we were paying at Extension 4. The landlord said we should give him our financials and the firm’s 6 months bank statements. Being the characters we are, we told them off. We told them tsek, we ain’t doing that. What for? They gave us an alternative, they said if we are uncomfortable with them accessing our bank accounts, we should pay 3 rentals upfront and the forth rental being the current rental. We said, Ba ka ipoka waitse. We took the latter option and paid them a hefty amount upfront. Then we met resistance from our families because they were required to sign as sureties. They flatly refused, ba tshosiwa ke madi a teng. You see, when my main man and myself are bent on achieving something, nothing can stop us. I mean nothing. We found a way around that problem and we have been at iTowers for 2-3 years now. When I told my good friend of our intention to move to CBD, this good friend of mine didn’t believe me even one bit. The good friend was pleasantly surprised to witness the great movement. This particular good friend also supports me to the heat. Then following our move, they started gossiping and saying all sorts of nonsense about us. We ignored the witches and focused on growing the business. One particular nonsense they said and continue to say is that,  I have been captured and sold my souls to the ruling party hence my perceived success as a lawyer and firm. I am not moved by that nonsense. In fact, I have told off a few guys in my movement.

After our move to the CBD, the firm gave me a nice air conditioned porter cabin that was used as additional office space. I took it to my little holding. A few months down the line, my farm was visited by two gentlemen in dark glasses who interrogated my farm hands. They wanted to know who owns the farm and who brought the porter cabin. They literally wanted to know what was really going on at the farm. They allegedly laughed when they learnt it’s my place. I later got information that a farmer, presumably a neighbour or those I water cattle for had tipped off some security outfit that ,I have stashed some expensive stuff at my farm hence the visit by the men in dark glasses in a golf car.

You see, Motswana ke mathata, u gotta learn to live with a Motswana and his multiple demons of poverty mentality, tshele, boloi, tontokwane le maaka. Ke gore hela to a Motswana, ha o le Motswana ga o kake wa itirela sepe o sa utswa. You should always be ahead of them and aim far higher than them and let them stew. U should never be shaken even one but even if they can try and soil you with some juicy yellow bone tshele. U should take war to them any day anytime. You should never be intimidated ke Motswana. Call their bluff and give them a middle finger.

Intolerance in many countries, including Botswana – Khama