BRILLIANT THUTO My family didn’t like me doing boy things 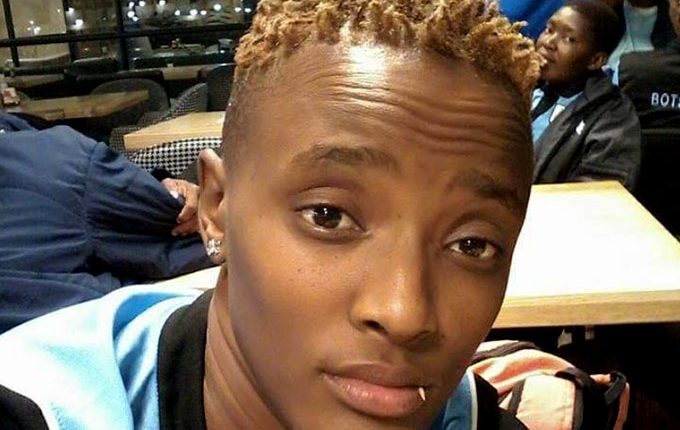 US-based Botswana women’s football star has always been a boy at heart, hence her choice of the sport she plays today.

Speaking to Cafonline about her blossoming career in the United States of America where she plays in the National Collegiate Athletic Association (NCAA) with Albany State University in Georgia, Ramafifi says even her parents were never comfortable with the way she always did boy things and would even be scolded for it.

“I still remember everything as if it was yesterday how I was described as unusual girl. All this was because I was a rare breed – the only girl – in a family dominated by boys, and wanted to do everything they were doing. I never wanted to be second best either in gardening or any other boys’ jobs,” she says.

She adds that even her grandfather didn’t like it when she would be seen running around with their two family dogs, labeling the behaviour a boy thing.

In fact, despite doing well now as an international football star, no family member supported her in her pursuit of a career commonly associated with boys.

“My mother always yelled at me to stop playing with boys. However, the boys at school made it a habit to include me in their team. I was more of a lucky charm to them because my team won most of the duels,” she told Cafonline.

Initially she played netball at school but she would later quit for football even as her netball teachers tried hard to convince her to get back. She had made up her mind about football and she never looked back.

Eventually her parents gave in and accepted her choices. They even bought her football gear including boots, and attended her games to cheer her on.

“At first, their presence intimidated me. I fumbled at the initial stages but as I got used to that it really motivated me to play my heart out not just for my team but for them also,” she says, adding that her dream is to eventually play for Arsenal women’s team in England. She has scored several goals for Gaborone side Double Action as well as for the senior national team. She is studying Business Information Systems and has also studied Human Resources Management at Salem University.

MACLEAN WITHIN Letshwiti vows to uplift Botswana football with his CAF…

iT'S ALL OVER Botswana premier league decided as Jwaneng Galaxy bags…