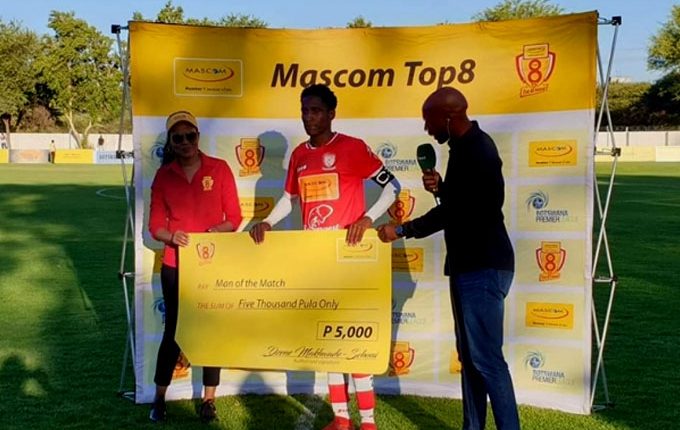 Ugly scenes ensued at the Galaxy Stadium this Sunday after the Mascom Top 8 quarterfinal clash between Jwaneng Galaxy and Gaborone United when the Moyagoleele supporters gathered in anger and frustration around their coach suggesting he was responsible for their loss.

Galaxy won the match 1-0 courtesy of a strike from substitute Gift Moyo in the 82nd minute and although the coach, Nikola Kavazovic felt that his troops played according to plan, the supporters had a different view of the match. Police officers had to be called in to intervene and escort the coach out as the incensed Gaborone United supporters blocked the gateway in what looked like a plan to manhandle him. Both the coach and another member of his coaching staff left the stadium while in the back of a canopied police van to avert any harm on him by the supporters.

The coach was unavailable for comment after the incident, but during his post-match interview, he expressed satisfaction at the way his team played, adding that they had managed to execute 95percent of their game plan.

“It’s no secret that we played ultra-defensive for a 0-0 result with offensive transitions with chances created  that we did not convert, he said.

United had indeed started well but lost one of their star players, Joel Mogorosi who had to be substituted on account of an injury as early as the 19th minute. The goal by Moyo was also viewed as controversial as it transitioned directly from a double foul on United players, with the referee however seeing nothing wrong with the said challenge.

The second leg of the match is scheduled for Molepolole Stadium in 2 weeks. Both United and Galaxy were the finalists in last season’s tournament where the Jwaneng side triumphed 2-0 in Francistown. Galaxy’s captain Thabo Leinanyane was crowned Man of the Match and walked away with P5000-00

MASCOM TOP MAN: Jwaneng Galaxy’s captain Thabo Leinanyane was voted Man of the Match against Gaborone United and walked away with P5000