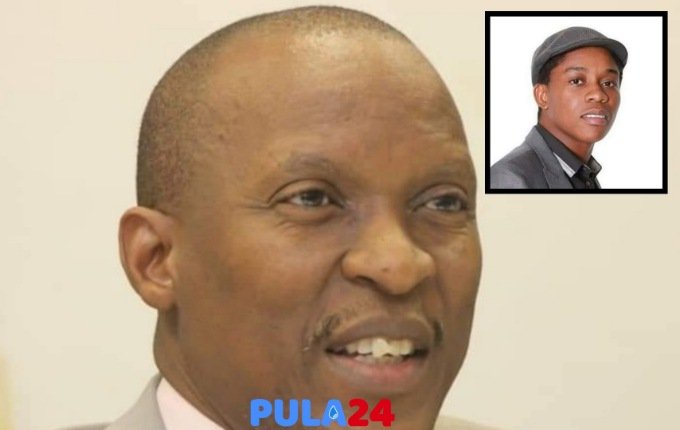 When many are excited, singing songs and declaring You a deadbeat Politician. When they write Your Political ending. When they plot in their little corner to frustrate and humiliate You. When a reputation You built over decades has been shredded overnight. My oh my…when allegations labelled against You, not only target You but Your family and loved ones, I say this to You, RESIGN MY DEAR BROTHER, RESIGN.

I must say this, resigning from office is a critical ethical decision for individuals. Resignation also remains one of the basic moral resources for individuals of integrity. The option to resign reinforces integrity, buttresses responsibility, supports accountability, and can provide leverage and boundary drawing. I argue that the moral reasons to resign flow from three related moral dimensions of integrity. When in office You promise to live up to the obligation of the office. This promise presumes that You have the capacity to make and keep promises, the competence to do the tasks of office, and the ability to be effective.

My dear brother, when one wrongs someone we know, even unintentionally, we are generally expected to apologize. The person we hurt feels entitled to an admission of error and an expression of regret. We, in turn, try to ameliorate the situation by saying, “I am sorry,” and perhaps making restitution.

But when we are acting as leaders, the circumstances are different. Leaders are responsible not only for their own behaviour but also for that of their followers, who might number in the hundreds, thousands, or even millions. The first question, then, is, Who exactly is the guilty party? The degree of damage is an issue as well. When a leader feels obliged to apologize, especially for a trespass in which followers were involved, the harm inflicted was likely serious, widespread, and enduring.

Since You are a leader in Your own right, leaders speak for, as well as to, their followers, their apologies have broad implications. The act of apology is carried out not merely at the level of the individual but also at the level of the institution. It is not only personal but also political. It is a performance in which every expression matters and every word becomes part of the public record.

Hear me well, for You to apologize publicly is therefore a high stakes move: for You, for Your followers, and for the organization You represent. Refusal to apologize can be smart, or it can be suicidal. Conversely, readiness to apologize can be seen as a sign of strong character or as a sign of weakness. A successful apology can turn enmity into personal and organizational triumph while an apology that is too little, too late, or too transparently tactical can bring on individual and institutional ruin. The question of whether You should apologize publicly has never been more urgent. The answer is Yes, apologize.

My dear brother, leadership comes with so much expense, Your detractors have pinned You to the wall. They are ought to destroy You. I must say, leaders past and present apologize for sins to which they personally have no connection to. In 1970 on a state visit to Poland, German chancellor Willy Brandt extended a wordless apology for crimes committed three decades earlier by the Nazis against Polish Jews. Filled with emotion, Brandt dropped to his knees as he approached a Warsaw war memorial.

Biggie Ganda Butale, after denying and procrastinating for months, then President Bill Clinton decided that if he wanted to get back on task, he had no choice but to offer an abject public apology and a televised one, at that for having had an inappropriate relationship with Monica Lewinsky. He began by admitting his involvement with the White House intern. He went on to say that “it was wrong” and that he deeply regretted having misled the country. He concluded his prepared statement by telling his wife and daughter that he was ready to do whatever it would take to make things right between them and by promising to put the past behind him and turn his attention back to the nation’s business.

Clinton’s apology in the Lewinsky affair was intended to repair, or at least start to repair, two different relationships: his relationship with the American people and his relationship with his family. Given the temper of the times, given the apology culture, the president concluded that his path to forgiveness and redemption was to offer as full and open an apology as the already humiliating circumstances would allow.

I know my brother People speak of this as just “a simple apology,” but there is no such thing. To acknowledge a transgression, seek forgiveness, and make things right is a complex act. Apologies are prompted by fear, guilt, and love and by the calculation of personal gain. They are shaped by culture, context, and gender. They are base and self-serving or generous and high-minded. And when extended in public, they amount to performances to which different audiences react in different ways.

Finally I ask You to be bold enough, to put Your family first, to put Your life and theirs as Your most precious value in this world. I ask You to resign from the Botswana Patriotic Front Presidency. The evil that resides in that party, the people You have come to share a table with, not only are they capable of ruining Your life, they will end it.

I cannot say much than this, You are a brother of mine, Your wound is my wound, Your pain is my pain and the outcome of this plot can only be decided by Yourself.

Coping with an abusive husband

Someone has made a concept album based on the film…