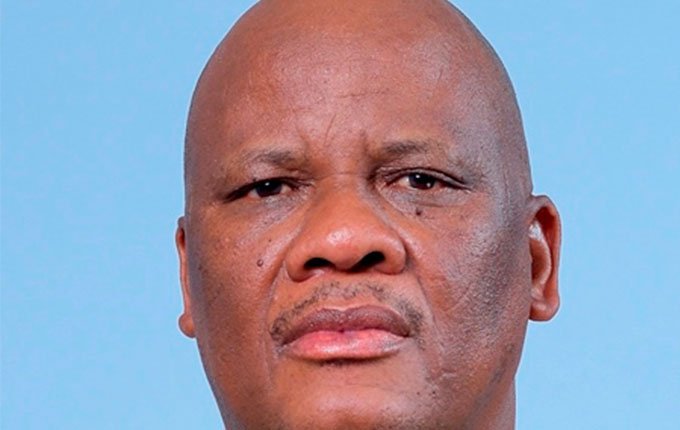 On the backdrop of Mephato Reatile’s decision to join the Botswana Democratic Party (BDP) from the Botswana National Front (BNF)  in July 2012, Ngwaketsi West Constituency councilors from the BNF immediately sent word out that they would not be following in his footsteps.  They said at the time that Reggie, as the MP is often called, was a man wHo cared little about his constituents but about only what works for him personally.

Today a mirror of that revolt and sentiment played itself out again when BDP councilors in the same constituency, now called Jwaneng/Mabutsane,  also disowned the maverick MP amidst growing speculation of his imminent move to the opposition bloc. The councilors addressed the media this Wednesday morning, where they made it clear that theirMP was a well-known non-conformist who never wants to toe the party line from as way back as when he was with the BNF.

In what they termed a joint address representative of all the 12 BDP councilors in the constituency, Councillor Oduetse Jacob  Rabanna of Ngami ward – Samaphaleche – hinted that the party he will be joining will also have to deal with his wayward ways and would soon move on to yet another party.

Rabanna, who claimed to have more intimate knowledge of Reatile than any other politician, said none of the councilors are with him in his conduct and the manner he shares his views at the various public fora he has used to speak out against party policies, including through various radio stations and in Parliament.

Reatile is currently serving a 60-day suspension from the BDP, a party decision the councilors say they agree with. Rabanna said Reatile has over time been fighting Ian Khama’s wars from within the party through various activities both at the constituency and at Parliament level, something the party leadership has been aware of, hence the decision to finally suspend him after voting against party line in Parliament.

The councilors say Reatile is indebted to Khama and will do everything to please his master and maker, thus he has been seen to sympathise with the former BDP leader in the ongoing rift between Khama and President Mokgweetsi Masisi. He revealed that Reatile’s current Secretary Oganne Mazwinila, was actually standing for elections as an independent candidate in Serolwane/ Sekhutlwane, sponsored by Khama, and that the fact that the MP chose him to work in the MP’s office was a clear sign that Reatile has not been a part of the BDP for a long time. “As we speak, the BPF has infiltrated that Serolwane/Sekhatlwane area, they are causing confusion there, and it is clear these are the works of Reatile. He is working for the BPF from within,” Rabanna said.

Rabanna cited Reatile’s penchant to discredit the current party leadership, saying it was surprising that suddenly, the MP is opposed to everything he used to praise and embrace during the Khama era, adding further that the MP would not be behaving this way if he had been given a cabinet post.

“The biggest crime Masisi committed is not giving him a cabinet post he had expected. That has hurt him the most as he feels he is almost the most experienced MP in Parliament. He wouldn’t be this way if he had been offered a cabinet post. So instead of attacking the party the way he does, he should just formalize his move to Khama’s party,” Rabanna, who was Reatile’s Secretary while they were both at BNF, told the reporters in Gaborone.

Another councilor, Oletetswe Pitso of Morwamosu  revealed that even before the general elections last year, BDP voters had reservations about voting Reatile, suggesting that he showed as way back as in that era that he was a symaphiser of Khama. “When we were campaigning for votes at council and parliamentary level, people often showed discomfort about Reatile, saying they feared he would run away with their votes. We advised them that voting Reatile was the only way to ensure President Masisi becomes president,” Pitso said, adding that the MP has since been clear with the way he worked with the councilors in the area that he was no longer with them. Reatile was rumoured last year to be among MPs likely to decamp to Khama’s party along with the likes of Ignatuus Moswaane, Tshededi Khama, Dikgang Makgalemele, Master Goya and Prince Maele. The MPs, not sure how decamping would affect their performance, stood under the BDP ticket, and only Tshekedi managed to win under the BPF ticket.

Limkokwing awards over P17.2million in scholarships to 100 individuals