Opinion Mathokgwane is an exemplary figure 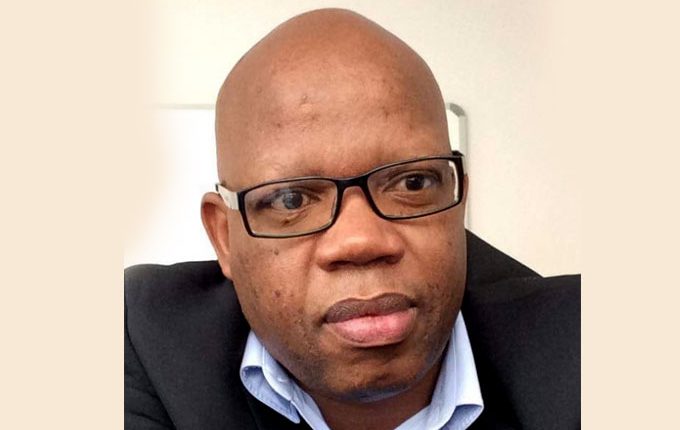 Some ill-advised BNF cadres have no basis for demonizing Mathokgwane for his decision to quit political office for a plum job at SPEDU, argues the party’s Lefoko Dithebe.

“I choose to blatantly differ with my fellow Botswana National Front comrades who have launched an onslaught against one of our own, James Mathokgwane. I have observed with pain and anguish as comrades have gone all out to demonise Mathokgwane and managed to build all kinds of strong conspiracy theories against him. Allegations that have been coming from the BNF corner, including those that he has been bought by the highest bidder, cannot be left to go unchallenged and dismissed with the outmost contempt they deserve.

It is nonsensical to demonise Comrade Mathokgwane for resigning from Parliament. It is even distasteful that such demonising is coming from the BNF, a party that Mathokgwane has served all his life. We cannot force people to continue serving the movement when they are no longer willing to continue in those positions either due to ill health, social pressures or availability of better paying jobs. The behaviour of fellow comrades fits that of a man who upon divorcing his wife all of a sudden sees everything wrong about her despite the many years and the good they have had in their happy times. Such people are often referred to as bitter losers, and we at the BNF are behaving exactly like that.

Mathokgwane’s track record speaks for him. He has led the University of Botswana section of the BNF and its Student Representative Council twice. In both instances he made a remarkable contribution to the nation’s social democracy and upheld the BNF principles. He was at one point suspended for more than two years at the University of Botswana for serving a BNF agenda during the Segametsi Mogomotsi saga. No one, not even the BNF, assisted him through those times.

Comrade Mathokgwane has cited health among the reasons that led to his resignation on the advice of his medical doctor. Comrades have instead opted to label him a traitor and a sell-out. Many have said before that politics is a thankless job and that one is considered a hero only when one is sacrificing his time, energy and resources for those not willing to take the risk. Mathokgwane wrestled the Goodhope-Mabule constituency from the Botswana Democratic Party, being the first opposition Member of Parliament for the area. We cannot pretend that there was any capable BNF cadre who could have done that. We all know that the constituency is a BDP stronghold, and Mathokgwane being a hard worker and a BNF determined activist went against the odds to win it from Minister Kitso Mokaila. We must celebrate this and see the good that Comrade Mathokgwane has done for us. We now have hope of retaining the constituency simply because of him.

Often in politics we sacrifice our lives and the lives of our loved ones by denying our families the comforts and luxuries of careered and healthy parents. We often use family resources to advance the greater good of the society, rightfully so because we have chosen that path. But it is also common the world over that there comes a time when political activists retire from active politics and enter their quite lives and enjoy their last remaining days in this life with their children and partners in peace and quietness. Mathokgwane is not an exception. He has played his part.

Mathokgwane has been demonized as having been ‘bought’ by the ‘system’. This is said merely because Mathokgwane has landed a better paying job with a government parastatal (SPEDU). Most of those saying such demonising things (including the BNF President Comrade Gideon Duma Boko) are mostly those who have by far the most comfortable lives. Most of these people are economically strong and with abundance of luxuries that they are able to provide for their families through many other means except from the modest salary that comes with being a member of parliament or a councillor.

Comrade Mathokgwane has continued to explain that he is not resigning from the BNF and that he is merely resigning as a Member of Parliament. This makes Mathokgwane a member of the BNF in good standing. His membership of the BNF, unlike that of Comrade Boko – which has been challenged even through the courts of law, has always remained an inspiration to many young BNF cadres, myself included.

I have always been inspired by politicians who do not forget their social obligations such as taking care of their families and remembering that they need a good economic base to fall on when they are no longer regarded highly for political positions. Robert Molefhabangwe immediately comes to mind as a politician who is struggling to make ends meet. Molefhabangwe has been auctioned until there was nothing of economic interest left of him. Such a state also rendered him an uninspiring politician and he remains a talk of the town as having nothing and in dire poverty qualifying for Ipelegeng programme. Mathokgwane made the right choice to focus on his health and to also utilise an arising opportunity for a better paying job. He has done his part, he did not win the constituency for himself, he won it for the BNF, and it is up to us as the BNF to see to it that we work hard to retain it. We must be asking comrade how he managed to win it rather than demonise him.

It should not be a crime that Mathokgwane has chosen to focus on his health at a time that also offers him the opportunity for a better paying job. Despite our political activism, we all have bills to pay and families to fend for. In our dying days after we have failed to heed medical doctors’ advices, the only people who will be by our dying beds will be the very families that we often neglect to run after political heroism while failing to provide for our children. We must pursue politics and also face the reality of a capitalistic society that demands that we be economically viable and perfectly healthy to be taken seriously. The politics of today is that of a voter who will not trust the poor with their vote.” By Lefoko Folks Dithebe (Mogoditshane)

The Snowden saga: Here’s Everything We Know About The NSA’s Nightmare Leak

Debswana to the Rescue