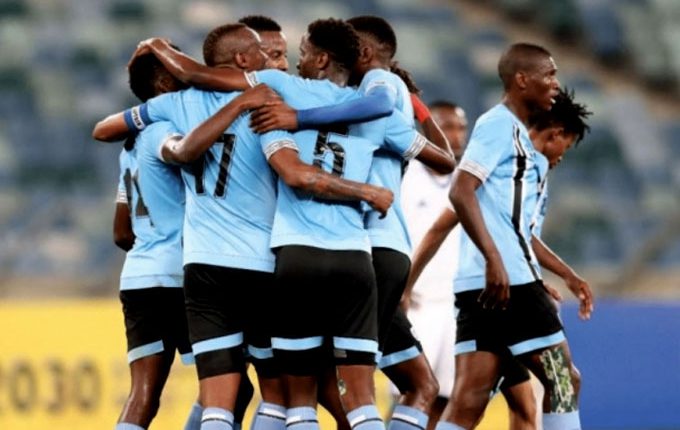 National football team, the Zebras and Zimbabwe’s Warriors this Friday evening failed to hit the net in a match that marked the beginning of the 2021 AFCON qualifiers played at the National Sports Stadium in Harare.

The game ended in a goalless draw with the hosts dominating the play throughout the match.

The Warriors took the game to the visitors in the opening minutes but failed to break beyond for goal. They relied much on long balls as they couldn’t maintain their build-ups.

The first real chance came on the quarter-hour mark when Knox Mutizwa tried to shoot from a tight angle, but his effort went wide.

Botswana responded with a dangerous counter-attack four minutes later, but Teenage Hadebe arrived early to clear the threat. The Zebras came back again not long after, and this time Alec Mudimu was there to recover.

The Warriors were presented with a great opportunity on the half-hour when they got a free-kick in a promising position after Marshall Munetsi was impeded a few yards outside the box. Knowledge Musona stepped up and went for goal, but his effort on target was tipped over.

The captain came back again on the stroke of half-time, and this time, his shot went over.

The game went to the break in a stalemate although it was Zimbabwe who dominated the play.

The hosts picked up from where they left and created a couple of attacks in the opening stages of the second half. Ian Nekati sent two dangerous crosses but found no takers in the box while Khama Billiat had his long-range free-kick going wide.

Botswana, on the other end, broke away with a quick build-up and almost scored but they missed an open goal on the 57th minute.

The Warriors followed up a minute later with Ronald Pfumbidzai who was denied by the keeper from point-blank.

The home team continued to retain more possession with substitute Kudakwashe Mahachi who replaced Ovidy Karuru in the 75th minute bringing some impact from the right-wing.

As Botswana kept on frustrating the Warriors, they survived a late scare after a big penalty appeal was turned down after Musona was brought down inside the box.

The game ended with no goals scored as Zimbabwe and Botswana shared the spoils. Elsewhere in the group, Algeria beat Zambia 5-0 to top the table on match day1. The Zebras next play Algeria in Gaborone while the Warriors are now set to travel to Zambia on Monday for their second Group H match.

Photographer accuses Taylor Swift of being a…

What’s in the news this Wednesday?