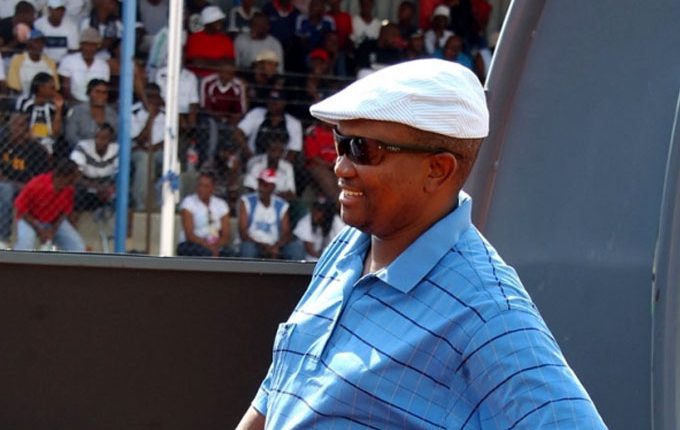 High flying  BDF XI are plotting to spoil the party when they clash with Extension Gunners at the national stadium on Saturday in the be Mobile Premiership. Gunners announced this week that they have re-hired former coach Daniel Chicco Nare following the unceremonious depatrture of Keitumetse Pio Paul. Nare’s appointment was well received by the Peleng faithful as they believe he knows the culture of the team and that he will take them back tpo winning ways with his charisma.

But Gunners face a stern test against the soldiers who have been winning games and conceding little. Under Zambian mentor Bestin Chambeshi, the army side has maintained steady progress which has seen them accumulate twenty points from nine game to occupy second place behind Township Rollers on the log. Speaking ahead of the game, BDF XI spokesman Thusang Junior Jacob said all players are available for selection except Gobonyeone Shoes Selefa who is serving a two-match suspension for the red card he was shown against FC Satmos in the last round. “Preparations are going on well and the morale of the players is very high and we are hoping for a good result against Gunners,” he said. He added that they are happy to have Ogomoditse Bauleni back from injury and Selefa’s suspension will not cost the them much as they strong contenders for the starting berth to partner Mosha Gaolaolwe at the back. When quizzed about the threat that the appointment of Nare could pose Jacob was to quick to warn Gunners fans not to expect victory against his side. “Oh congratulations to Mr Nare and Gunners for the appointment, we know it is going to be difficult but we are going to spoil the party,” Jacob said confidently.

In other matchday 10 games, Gaborone giants Township Rollers and face a potentially tricky away game against Miscellaneous. Table toppers Rollers will go into the game knowing that Miscellaneous are a hard nut to crack and their last two results against Mochudi Centre Chiefs and Police XI have been impressive. Three points against Sankoyo may lift his charges’ spirit and launch their revival campaign. In Molepolole champions Chiefs who are struggling for form face giant killers Green Lovers. Chiefs find themselves five points behind perennial rivals Rollers and their title defence has not kickstarted yet. In another game, BR Highlanders entertain Gilport Lions in Serowe. Highlanders’ captain Agisanyang Ramaabya told Pula24 they have been working very hard to improve their goal-scoring and they want maximum points out of the tie. Meanwhile, Nico United on Friday night were shock 4-0 winners over Gaborone United in Selebi Phikwe thanks to goals from GiftvMoyo, Richard Legwaila and Khumoetsile Kufigwa. Blessing Moyo’s struggling Motlakase Power Dynamos were also beaten 2-1 by Sankoyo Bush Bucks on Friday night.

Daniel Nare is back in the Gunners’s fold