President Masisi’s message to women gets thumbs up 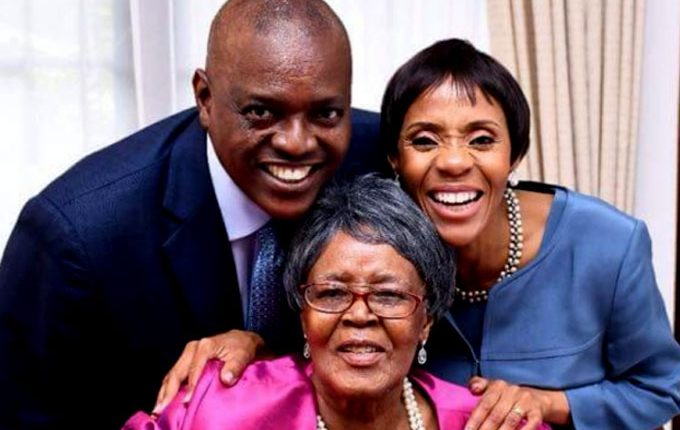 His Excellency the President of the Republic of Botswana Mokgweetsi Masisi was on  Sunday met with warm wishes from the country’s women to whom he had wished a Happy Mothers Day. The president whose facebook page remains active sent out his message early Sunday morning, and along with his facebook post a portrait of him, the First Lady Mma Atsile and his mother Mma Tshelang.

Of the four presidents before him, Masisi is the only one to rule the country with his mother alive to witness the reign. All other presidents – Sir Seretse Khama, Sir Ketumile Masire, Festus Mogae and his immediate predecesor Ian Khama – became presidents after their mothers had passed on. Perhaps to underline his appreciation of the role mothers play in society, he showed himself with Botswana’s two most prominent mothers at the  moment – the First Mother and the First Grandmother.

He posted: “Happy Mothers Day to all the beautiful mothers out there! You’re the greatest gift to humanity and society. I thank you for the LOVE and SACRIFICE you give each day to making a better future for your children.”

The response was all positive, with many paising President Masisi for being exemplary in showing the importance of family and appreciating the role mothers play in the society. Many also thanked MmaTshelang for giving birth to the nation’s president while Mma Atsile was hailed as Mother of the Nation.

THE FIRST FAMILY: President Masisi, his wife and their Mother.

A MEDIA GIANT FALLS: Beata Kasale of The Voice passes on