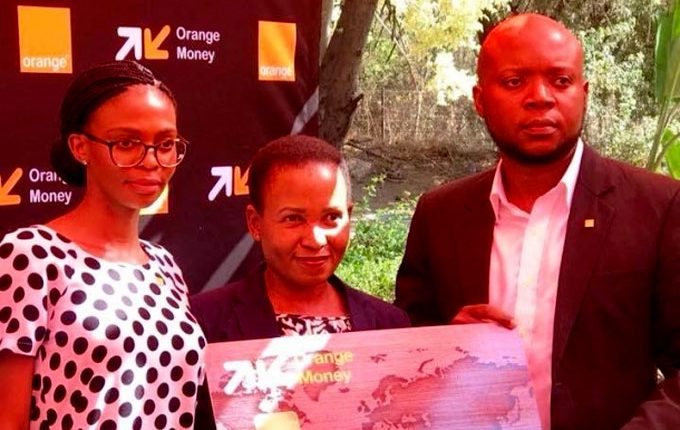 Users of the famed Orange Money service were today given another landmark boost as Orange Botswana officially launched the new Orange Money Visa Card with chip and Personal Identification Number (PIN) to be used anywhere in the world by those traveling out of Botswana.

The card that also allows for e-commerce purchases has been hailed for the convenience it brings to daily transactions and according to Orange Money Director Seabelo Pilane, users can travel the world over with a peace of mind knowing that they can now access the service from anywhere. He added that the added service to what has been in existence is in line with his company’s desire to promote financial inclusion and bring services closer to Batswana. The service entails the convenience of being able to swipe or make cash withdrawals while outside the country, from one’s Orange Money account where a customer would have made a deposit. Orange Botswana’s Marketing Executive Lame Madiba assured users of the needed peace of mind by revealing that the new card has been enhanced with extra security features to afford customers an opportunity to use it internationally, anytime and anywhere in the world.

In 2013, in what was a first for Botswana, Orange Botswana launched  a mag-stripe Orange Money card which the mobile network company says can still be used locally. Over 500 000 subscribers have been able to make financial transactions from anywhere in the country and have been able to buy goods and pay for other services online. This has especially been a helpful service to customers without bank accounts. Thus the launch of the Visa card today is intended to expand to the transaction field beyond borders.

“This is an opportune time for Orange to introduce this card, as the current card has performed well in the market and continues to do so, competing impressively with cards issued by the local banks,” Pilane said, adding that Orange Money Visa cards accounted for 24 per cent of the debit cards in the Botswana market, which he even expects to grow with the advent of the Visa card launched today.