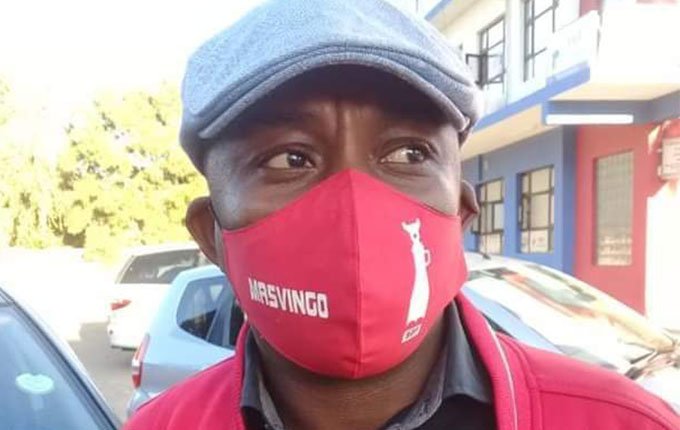 It is the feeling of many political commentators that the Botswana Democratic Party used Kabelo Masvingo Kgwarae-Mhuriro  during the past elections as he vehemently defended the party on social media and even openly campaigned for its candidates.

This general feeling comes from the fact that this Thursday, the party’s Communications and International Relations Committee issued a statement in which they disowned him, saying he had long been expelled from the party in 2017. The statement seems to have come as a shock to many who feel he has been committed to the party.

The statement read: “Democrats are hereby reminded that Mr Kabelo Masvingo Kgwarae-Mhuriro was expelled from the Party on 20th October 2017 pursuant to a disciplinary hearing after a complaint was lodged against him by the Communications and International Relations Committee for the following offences:

Democrats are therefore informed that they should not allow him to take part in party activities and the Nation at large is informed that his comments on any platform should not be associated with the Party.”

In 2017, the then Chairperson of the Communications committee Fish Pabalinga had complained to the party that Masvingo had used social media to attack the party, in defiance of an earlier order that had requested party activists to stop attacking the party. Ame Makoba who was the Secretary of the party’s Disciplinary Committee at the time suspended Kabelo who at the time did not take the suspension lying down. In another statement he made, he almost questioned the intelligence of Pabalinga and even offered to give him free lessons on how to use social media.

‘‘I will further extend my helping hand to Mr Pabalinga and his committee by crafting for them a social media usage policy genuine for our party members and reflective of the complexities of today’s advancements,’’ he had responded at the time.

His response to the latest letter this Thursday was no different as he again is showing defiance and questioning the legitimacy of the out-of-the-blue reminder. He responded:

“I take note of a Communique that has since surfaced written by the Botswana Democratic Party Communications and International Relations subcommittee insisting that I am not a member of the BDP thus BDP members in their little corners should not associate anyhow with myself.

I take their statement in kind . I remind them to also follow suit in delivering the 2017 expulsion letter to myself. My conscience is clear. The BDP is far bigger than us the individuals.

Honestly I am very tired of this issue. During the 2018 BDP Bulela Ditswe rightfully at Bobonong, Dandane-Mabeleng ward, Madikwe primary school I exercised my Democratic right, I voted in the Bulela Ditswe. The Chief Electoral officer then was Batlhalefi Leagajang now Press Secretary to the President. And this occurred during the Bobonong BDP Bulela Ditswe rerun in 2018.

So the communique for it to crop up now is very suspicious. There are many issues that need to be addressed due to this Covid 19 and life in general. Why now?What it is actually communicating is that the BDP Bulela Ditswe was by themselves not Democratic, not just and very much filled with irregularities. What does it say about the party Secretariat?

I have in many accusations requested branch and regional structures to inquire about this issue of which the party failed to provide them with my expulsion letter. My commitment  to the BDP both at branch level and nationally has never in any capacity been in doubt.

My message remains the same. BDP members must prepare to rebuild the party and they can only achieve that by being bold enough to stand for what they believe in. They shouldn’t preach transformation at national level when they aren’t transforming the party. It starts with renewing hope in the Secretariat.”

Many who took to social media on Thursday say Masvingo was one of the most vocal BDP activists in the run up to the 2019 elections and spoke out for the party and its leaders. They question, as Masvingo does, why at the time the party never reminded anyone about his suspension. It is their view therefore that the party found him useful at the time and now that the elections are over and done with, they are choosing to dump him. He had rejoined the BDP in 2016 after defecting from the Botswana Movement for Democracy (BMD)