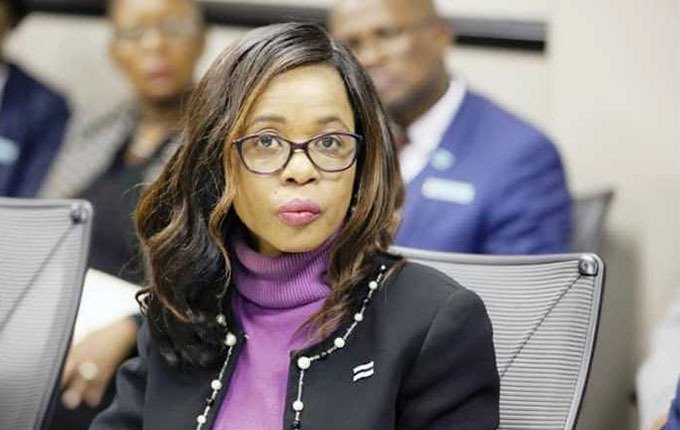 Botswana’s trade minister Peggy Serame was the most loved and beautiful citizen in the country over the last 24 hours since President Mokgweetsi Masisi announced she would share details on the return of alcohol on Sunday afternoon.

For about two months, the sale and consumption of alcohol had been banned in the country to mitigate the spread of Covid-19’s corona virus, and on Saturday evening in his national television address, President Masisi announced plans to lift the ban, but shared very little as he preferred that Minister Serame be the one to do the honours.
Since then, social media platforms were flooded with memes , messages and posts of love and affection for the petit minister. Every beer lover proffered unparalleled love for her, with a lot more even calling her ‘The Mother of the Nation.’ Others called her ‘Botswana’s Favourite Aunty.’ 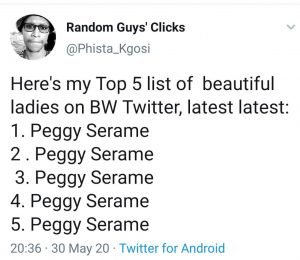 A former journalist with weekly paper Mmegi, Isaac Pinielo, threw in a moving poem in honour of Peggy, adding that the letters in her name denote Pretty Elegant Gorgeous Glowing YelowBone. 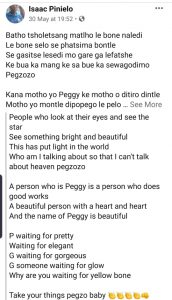 One post on Saturday night listed Botswana’s Top 10 Beautiful Women and Peggy Serame topped the charts. The second spot was taken by Peggy Serame as well as the subsequent positions down to Number 10.
In another post, the minister was paraded as a beauty queen, portrayed to be the finest looking woman in the whole Universe, hence she was crowned Miss Universe. In fact, Peggy was the most trending name on both Facebook and Twitter. Everyone had to endear themselves to the cute dame for she held the key to their return to alcoholic bliss. 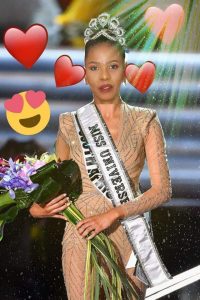 She eventually announced on Sunday that the people can again enjoy buying and consuming alcohol starting this Wednesday. Even after she announced the return of booze, the people still showered her with love, some even kissing her on their television screens. On-screen viewership statistics reached in the neighborhood of 15000 before she spoke about the return of alcohol, and the numbers dropped drastically to around 3000 after she had spoken. 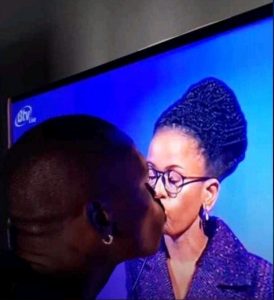 But there were conditions to go with the return of alcohol. Among the conditions, she highlighted that liquor traders can only sell between Wednesday and Saturday every week until further notice. Times of trade have been set as well, with sales allowed between 10am and 6pm midweek and between 10am and 4pm on Saturdays.
An additional condition is that consumption of alcohol will strictly be from home with only liquor restaurants allowed to serve alcohol within the outlets. “But we don’t expect an individual to buy one fatcake with four cases of beer, otherwise even the restaurant owner will be in contravention of set regulations,” Serame added.
Many people were unhappy however, that the sale of traditional home brewed alcoholic beverages is yet to be allowed. This according to Serame has to do with health considerations as some home brews use potentially dangerous ingredients.
She said for the next three months before traditional brew is allowed, Government will embark on a consultative engagement with traditional leaders so as to also formulate regulations to guard against health risks.
Batswana feel that the exception is inconsiderate on poor people who solely depend on selling traditional brew for a living, while already rich people are allowed to sell at their establishments of opulence.
Meanwhile, all licensed outlets have to abide by Covid-19 operating regulations including use of masks, temperature taking and social distancing. Any violation will result in one’simple license being revoked.

Excitement as booze sale and drinking return in Botswana

FREE AT LAST Given Carter’s prank crew released but phone…

Botswana in shock as snake ‘gobbles…