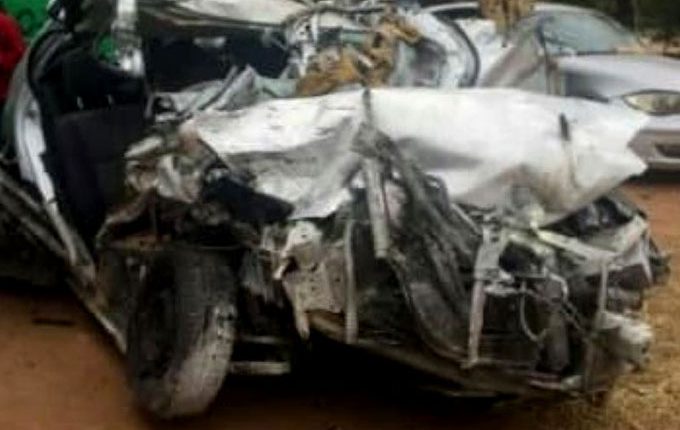 Police in Mogoditshane are worried that drunken driving in their area of jurisdiction is rampant and already taking lives. This they said on the backdrop of a horrendous accident that killed four youths on Saturday morning at the turn off to Mmopane along Molepolole road.

Station Commander at Mogoditshane Police, Superintendent Russ Letsebe revealed that of the five passengers in a Toyota Runx that hit a turning Toyota Landcruiser, only one 20-year-old male survived with injuries. The others who died are an 18-year-old woman, 20-year-old man who drove the car, as well as 17-year-old and 19-year-old males. The driver and the young woman who reportedly sat the front are said to have died on the spot while the other two succumbed to their injuries at the Intensive Care Unit of Bokamoso Hospital later on Saturday.

The landcruiser had only one passenger, an officer at the Botswana Defence Force (BDF), who is also hospitalised with severe injuries. The Runx was coming from Molepolole while the Toyota Land Cruiser was coming from Mogoditshane and had just made a right turn into Mmopane by the traffic lights near Engen. The resultant impact of the two vehicles saw them proceed to hit a third vehicle, a Toyota Prado, whose sole driver escaped unhurt.

Witnesses at the accident scene, confirmed also by the police, said a lot of alcoholic beverages were found in the car and that some of the occupants had been drinking. It is a matter the police say they are investigating, along with finding out who could have been on the wrong at the turn-off as the traffic lights there were not working. A lot of those who took to social media to react to the accident expressed sadness at the turn of events, but also used the platform to caution one another against driving while under the influence of alcohol. Some of those who commented attested to seeing the deceased in a drinking spree the night before the car accident, adding that one of the passengers – the one who survived – is a well-known football player at Police XI and has even played for the national Under 17 team. The football player has since been discharged from hospital after waking up from a coma on Sunday. Superintendent Letsebe says investigations continue, but has warned drivers against taking to the wheel while still under the influence of alcohol.

The accident near Mmopane killed four youthful persons this past weekend.