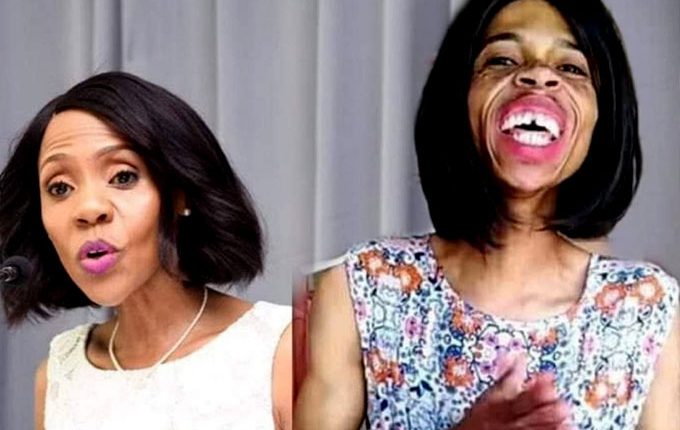 There has been mixed reactions to a widely publicised charge on a Kasane teenager accused of likening First Lady Neo Masisi to Motsetserepa, a local comedian also known as William.

According to a widely shared copy of a charged sheet seen on social media, Moniwe Nicholas Kamwi, 19, was allegedly charged with use of offensive electronic communication. The offence is contrary to Section 18 of the Cyber Crime and Computer Related Crime Act No. 18 of Botswana laws.

The charge sheet states that the accused person “on or about November 11, 2019 at or near Newstance in Kazungula in the Chobe Administrative District of the republic of Botswana, wilfully and maliciously used electronic communication by posting on his Facebook account, Protocol Lidocane a photo of the First Lady (Mrs Neo Masisi) in a mimic by likening hethe first lady with comedian William Motsetserepa and captioned ‘go masisinyana go fa.”

But Kasane police station commander Superintendent James  Moabong denies there is such a charge in his police jurisdiction, saying even the police officer quoted as the prosecutor on the circulating charge sheet is in hospital. Besides, according to the Kasane police chief, there is no way the matter would have reached the subordinate court through his police officer without his knowledge.

According to specific section of the Cyber Act of 2018, “A person who wilfully, maliciously or repeatedly uses electronic communication of an offensive nature to disturb or attempt to disturb the peace, quiet or privacy of any person with no purpose to legitimate communication, whether or not a conversation ensues, commits an offence and is liable to a fine not exceeding P20,000 or to imprisonment for a term not exceeding one year, or to both.”

The matter that is purportedly being handled by the Subordinate Court of Chobe District attracted a lot of scorn and praise in equal measure, with opposers saying they found nothing wrong with the comparison on Mma Masisi to another living being, William. Others however feel that the youth be punished for being disrespectful.

Office of the President could neither confirm nor deny Mma Masisi’s involvement in the matter as they were not available for comment. There are those however, who feel that the charge is just made up and publicised by haters of the Masisi administration in order to ridicule the First Family as intolerant and thereby score cheap political points.

Police in Kasane say they know nothing about the circulating charge

Someone has made a concept album based on the film…

This website only lets one person in at a time